Skip to content
You probably know that Region of Umbria has recently hired the famous photographer Steve McCurry for commemorating the beauties of “The Green Heart of Italy”.
Well…Discovering Umbria has also its own “Steve” : Mr. Peter Jones from Vancouver, who travelled with us last June. Peter is a great photographer and he was so kind to send us a full pen-drive with more than 180 amazing pictures he took during his stay in our town Todi.
Here just a sample of Peter’s best shots… 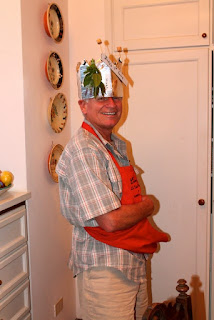 My name is Peter Jones and I am a communications consultant based in Vancouver, Canada, and I travel extensively on business, and for pleasure. I have travelled alone, with one or more family members, with small self-directed groups, and even on those large, impersonal tours where you are herded around like cattle.
In addition to sharing new experiences with travel companions and simply having fun, I like to get below the surface of a place, meet local people, and learn something. I say “something” because it is very easy when traveling to be overwhelmed by too much activity or too much information.
My first visit to Umbria was in June 2012, although it was not my first visit to Italy as I have travelled extensively in that great country going back to the late 1980‘s. I will be returning to Umbria for sure!

We were a small group of NorthAmericans attending cooking school near Todi. We were based in a fabulous centuries-old private villa, a former monastery. The week included several local tours related to food — wineries, an olive oil producer, a legume farm, and the historical wine city of Orvieto. The group also visited a Roman-era archaeological site, several historical churches, a ceramics factory, and the beautiful Umbrian countryside with its many charming towns such as Todi, Bevagna, and Assisi. And of course we cooked up a storm, ate a lot of great food, and consumed gallons of fine Umbrian wine! 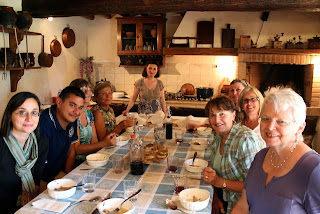 It was a fabulous week! Why? Because Umbria is stunningly beautiful, truly “the green heart of Italy” as it bills itself. Because we met many local people who shared their optimism and zest for living, and in many cases, the inside workings of their family businesses. And most importantly, because our experience was intelligently and lovingly organized by Chef Judy Gifford  and her Umbrian partners, Alessandra and Leonardo.

Travel for me is about discovering new, interesting places and people, places where I feel socially charmed and intellectually stimulated.

Umbria gets my top marks for both! 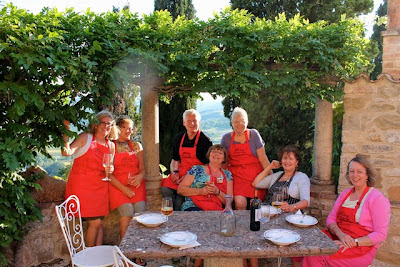 A Portrait of a Lady [Umbria]– Jenny Smith (England/USA)
Searching for Wild Asparagus in Umbria: another kind of Dolce Vita – Terry Bhola (Trinidad Tobago/USA)
Posted in GUEST POSTS.
CONTACT US