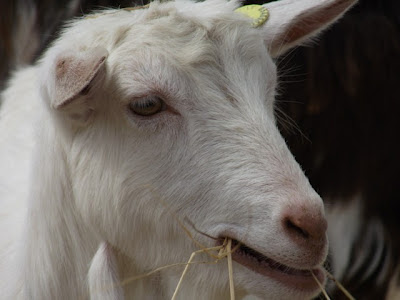 You know when your partner in your company (that in this case is also your brother) one evening, while you are driving back home from the last wine tour of the season, in the middle of a conversation on our business plans for the next year, without notice, says: “I’ve just bought three goats“.”Ehhhhhhh???”
“Yes, three goats”…”I bought them together with my friend Raoul”.

The fact that my brother Leonardo is a bit “crazy” is not a new to me.
People who know him are aware of his ideas on San Francesco di Assisi, paganism, ancient religion, Medieval symbolisms, cult of Mother Nature and things like that…
Moreover this partnership with his friend Raoul Mantini , another very special guy, degree in Foreign Languages, specifically in Russian, who speaks this language like Italian, passionated anti-capitalist but also anti-communist (after his long stay in Belarus when he was a student..), probably one of the last authentic anarchist I know, made me immediately think that these three goats were the symbols of something else. 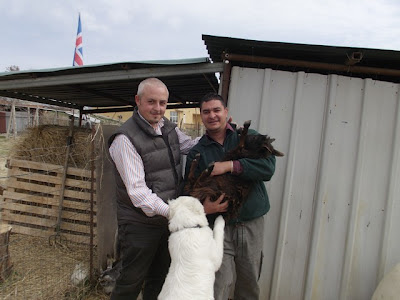 Raoul and Leonardo and goat Valentina, the mascot, with Attila, Maremman Shepard

Raoul lives in the country around 20 km from us and he already had a couple of goats together with five (for the moment) dogs and a pony. All rescued pets, included the pony that he saved from an ugly man some years ago.

However, one night last Fall, after one of their memorable dinners and “few”, yes, let’s say “few”… bottles of Montefalco, discussing on the economic crisis that it’s affecting Europe and on the responsibles of this situation, the big banks, our politicians, the consumerism and…other partially delirious thoughts, Leonardo and Raoul decided that something had to change in their lifes and that they needed to do something else, something different and real that could represent their claim : “being against the System [Umbria style]“. 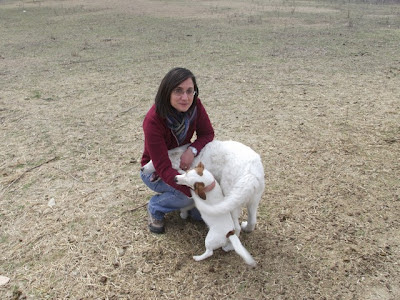 Playing with two of the five rescued dogs

Therefore they bought these three goats from a local breeder in addition to the other two that Raoul already had and they spent many months to fence the area for their “goat farm” to be.
Now that the work is finished, both Leonardo and Raoul told me how difficult fencing the farm was. The goats infact are really very smart (and not stupid as we commonly say: stupido come una capra = stupid like a goat) and that they had to do the entire work more than two times. Because of their inexperience, the goats escaped very easily, and giving that they are in Montefalco’s DOC-DOCG wine area, full of valuable vineyards these animals really love, the two friends spent weeks to make an impenetrable fence, “just” to avoid to be taken to court by some angry winemaker. 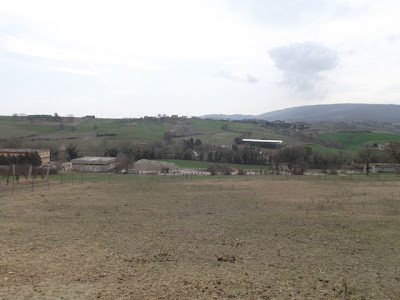 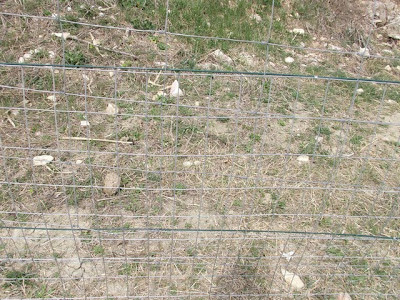 Now the goats are in total 14 and Leonardo and Raoul are ready for their next step and ultimate goal: producing their own cheese goat labelled “Villa Rode Organic Goat Farm”. 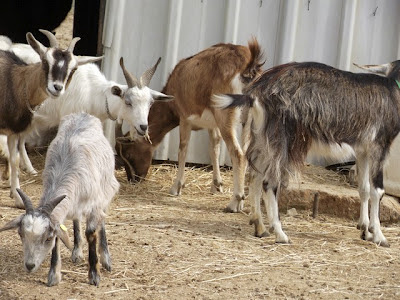 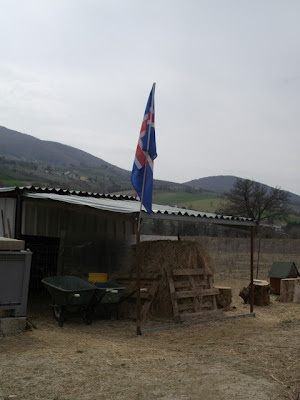 In the meanwhile the flag of Iceland is waving at the entrance of the fence.
Why?
“Because Iceland has been the only Country whose citizens let the banks fail” Raoul and Leonardo replied.

Leonardo and Raoul’s Goat Farm is a private farm, but licensed by the local public health authorities.