It’s really incredible how social media is revolutionizing the way we connect to other people. For a non native-digital like me, Facebook, and in particular Twitter—that I really love and can hardly live without at the moment—are like the magical world of Willy Wonka.

Belonging to the so-called “Generation X” (ie: using books to obtain information and landline cordless phones for meaningful one-to-one interactions) I am always so impressed when the exchanges I have through social media, turn in something real and palpable. 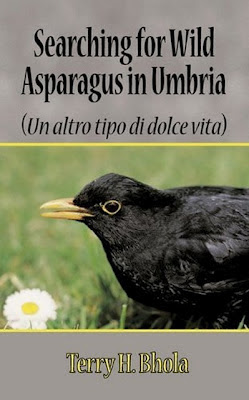 One of the more recent “2.0 moments” was meeting Terry Bhola on Twitter. As usual we started following each other and tweeting and retweeting each other, under the common interest that is “Umbria”. I got to know that Terry is a writer and had written a book on my region called “Searching for Wild Asparagus in Umbria”. I remember that we have also tweeted a lot on wine as Terry is an oenophile like myself.

Although I know very well that behind every Twitter account is a person in flesh and blood, when this Twitter account sends his own book—in real paper form—to you through the out-of-date Poste Italiane snail-mail service, well…maybe for the fact that I belong to the “Generation X”…this is really very exciting!

I immediately started reading Terry’s book and I liked it very much. As Umbria, Terry’s book is real and authentic, gentle and ironic—very different from the novels that have Tuscany as a setting.

Once I finished the book, I considered writing my personal impressions of it as a usual blog post, but as I started writing the first few lines, I thought that this post should be more “2.0”, given that this all had happened thanks to Twitter.

Therefore, I simply tweeted Terry if he would like to be “interviewed” in this post, which he very kindly­ accepted.

Terry, tell us where you are from and why you “dropped” in Umbria. 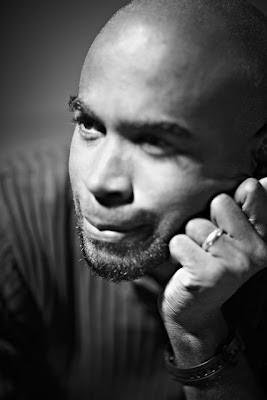 First of all, I’m so happy you enjoyed “Searching for Wild Asparagus in Umbria”. But let me answer your question: I was born in the Republic of Trinidad and Tobago—in the rural part, which was perhaps the main reason Umbria’s countryside attracted me so much. I was immediately smitten the first time I saw those rolling hills. So was my wife. We were both city-weary New Yorkers looking for a real fresh start.

What inspired you to write a book on Umbria?

If I tell you that there was a charming air of otherworldliness during my time in Umbria, would you think I’m crazy? Believe me, there were quiet nights where I found myself playfully looking up in the clear sky for signs of extraterrestrial activities, while holding a glass of red wine. That was one of the many reasons I just had to celebrate my  Umbria.

How did you come up with the title?

I wanted a grown-up-sounding title that wasn’t too gratuitous. I also felt like it represented my Umbrian experience to the fullest.

How much of the book is realistic? 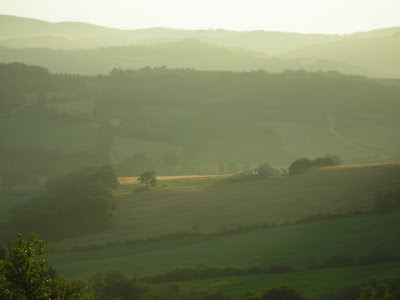 I’ve been casually posing as an ethnographer since arriving in Italy, and all the resulted occurrences that I managed to cram into “Searching for Wild Asparagus in Umbria”  actually happened. I should mention here that I’ve taken the care to change the names of people that have crossed my path. (Well, except for that lovely barmaid in Castel Rigone, she was just too nice.)

Are there any authors who wrote about their life abroad that have inspired you?

It’ll have to be Bill Bryson. Have you ever read “A Walk in the Woods: Rediscovering America on the Appalachian Trail”? I swear, I’d like to be him when I become an adult.

Name one person that you feel supported you during your writing.

My remarkably patient wife. She lived the Umbrian experience with me and played a great role in the writing process by threatening to kill me if I wrote something not-so-nice about her. My daughter also played an important part; it was her idea to use a Turdus merula for the book’s cover.

Is there anything you find particularly challenging in writing your book? 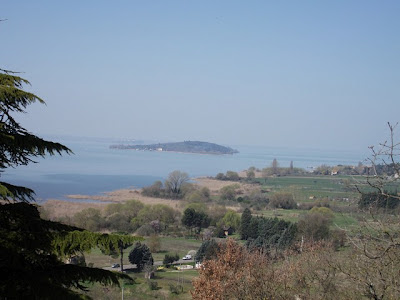 Trying to convince the Umbria’s nocturnal wildlife that I meant no harm was indeed a challenge (and I still have the owl scratches on my bald head to prove it). But seriously, I really wanted to showcase Umbria’s rural beauty in a way that would get an approving nod from a Legambiente-Umbria member rather than a tourist. It was a delightful challenge, to be honest.

What was the hardest part of writing on Umbria?

The trickiest part of writing my book was weaving in my idea of dolce vita-niceties with a bit of angst and biting humor because, as we all know, Italophiles are quite a wholesome bunch. I pretty much knew early on in the writing process that the odds were going to be against me [Laughs].

Did you learn anything from writing your book, and what was it?

I learned the hard way, immediately after my book was published, that copy editors are not proofreaders. Let’s just say that I owe each of the first twenty-something buyers of my book a bottle of Sangue di Hermann and an apology.

Do you have any advice for other foreigners who would like to live in Umbria? Is there a message in your novel that you want readers to grasp?

The message in my book is simple: If your knowledge of Umbria is complete and your decisions are wise, you can live successfully in Italy’s heartland. But most importantly, when driving at night in the countryside, do it slowly; my very best Umbrian friends are out there.

“Searching for Wild Asparagus in Umbria” is available on Amazon (and Amazon Kindle); BARNES & NOBLE; BOL.it; and other channels.