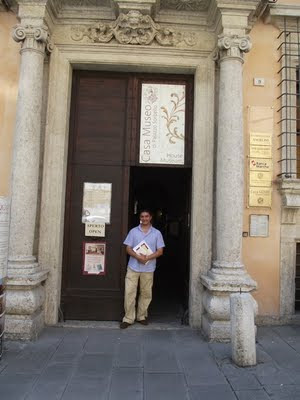 The first time I heard about Palazzo Sorbello, I have to say that I thought it was one of the several “Houses Museum” whose aim is just to celebrate one of the dozens Noble Families who ruled this or that part on the region in the past.

My prejudice began to change when I read and listened to the enthusiastic comments from Letizia Mattiacci – owner at Alla Madonna del Piatto, beautiful agriturismo and top level Cooking School in Assisi- about this Palazzo located in the ancient heart of Perugia.

My prejudice totally disappeared when I visited it last week: Palazzo Sorbello is not a simple “House Museum”, but a real “Time Machine” able to take you in a trip back in time starting from the Middle Ages to the present days.

Thanks to Dottor Enrico Speranza, in charge of us for more than two amazing hours, we could really travel along the different periods of Italian history and the different local and national events that involved the noble family of Sorbello, who purchased this Palazzo in 1780.

Marchesi Bourbon di Sorbello were one of the most ancient noble families of Umbria since the Middle Age. Their land was originally located in the North of the region where the Marchesi also lived for several centuries acquiring other territories and economical and social power. 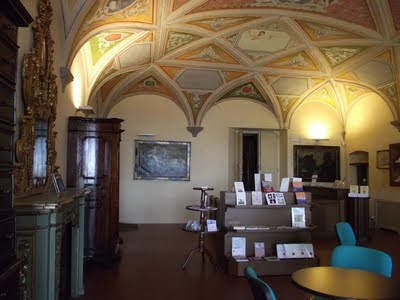 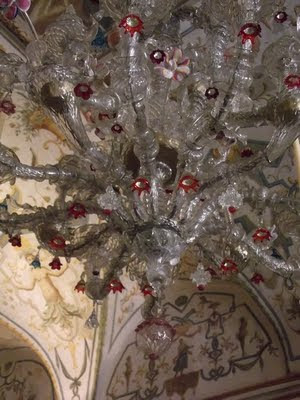 The Palazzo shows not only the importance that the members of the family gained in the past but – above all – their deep love and passion for art and literature. All the room we visited are full of beautiful landscape paintings, portraits of family by Italian and foreign artists, a rich collection of porcelain ordered to the most renewed factories in Europe and even in China and a breath-taking chandelier from the isle of Murano in Venice made by a famous Maestro in XVIII century.

The most impressive aspect is definitely the huge library with more than 20.000 books. Among them, there is also one of the few copies of the original Encyclopedie Française written by Diderot and D’Alembert between 1751 and 1772, the “bible” of the Enlightment, The Book of the French Revolution, compiled to present and represent a “taxonomy of human knowledge”.
The Sorbellos, infact, were strictly connected to the revolutionary ideas coming from France and – afterwords – to the ones from Risorgimento, the political movement that flowed into the Unification of Italy in 1861. The family, infact, had important relations with the Royal Family, The Savoias, the fathers of our Nation. 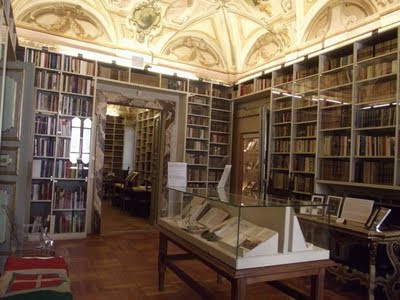 The Marchesi were not only that kind of nobles who spent their time only in art and literature, but they influenced also Italian politics and economy.
During the first years of the XX century, one of the member of the family, Ruggero, married a wealthy American lady Romeyne Robert. When Lady Robert came to Umbria – a very poor and rural region in that period – from the rich and industrial New Jersey, being a supporter of the importance of preserving the ancient crafts, in 1904 she founded an Embroidery School in one of the villas of the family located close to Trasimeno Lake. The school and its products were a success: the school, infact, gave the opportunity to many Umbrian women coming from very poor areas, not only to have a work but also to have the chance to contribute the the incomes of their families in the same ways as their husbands and brothers, a revolution for that period. 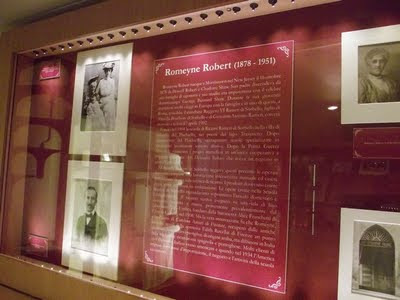 The display dedicated to Lady Robert

Moreover thanks to the top level quality of these hand-made Umbrian products, unique pieces that now are collected and appreciated treasures, Romeyne was also able to sell her embroideries in Europe and in the United States until 1934, when the Great Depression broke the dreams of an entire generation. 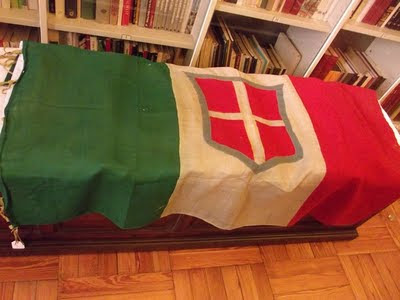 The original flag of the Unification of Italy

Thousands of different stories Palazzo Sorbello can tell us, calling it just “House Museum” is very reductive, Palazzo Sorbello is definitely one of the most evocative places I’ve ever visited here in Umbria: a real and incredible “Time-machine”… just few metres from Fontana Maggiore in Perugia! 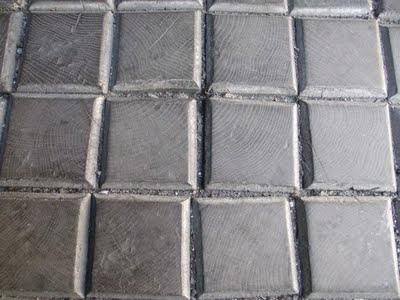 Curiosity: at the entrance of the Palazzo there is a rare example of external wood flooring, composed of little blocks of Cerro wood with curved angles. It was used to reduce the noise of the carriage entering in the palace.

More info on Museum opening hours and guided visits on:

A special thank to Uguccione Ranieri di Sorbello Foundation for giving us the permission to take pictures and to publish them on our blog.