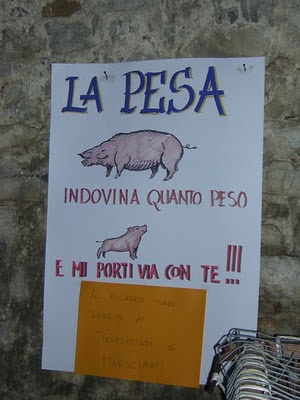 I am really sorry for all my “veg” friends and readers but Umbria and Pork are definitely an inseparable binomial.

The tradition of pork production in Umbria is very ancient.
The word “Norcino”, an expert in the making of all pork products, is derived from the Umbrian town of Norcia, well-known since the Middle Ages for its pork produce.

January is the traditional month for the pork processing thanks to the cold of the Winter. In ancient times freezers didn’t exist and people used the natural cold of the Season to prepare their cured meats (salami, prosciutto, sausages) that they had during the year.

In the past when food was considered a gift and not “just food” -as it happens in our “modern” society – the pig was a sacred animal, since “del maiale non si butta via niente“, i.e. no part of the pig was wasted.

There are many products that “Maestri Norcini” are able to prepare, delicacies that only a specialized butcher is able to make, an ancient “know-how” that has been handed down from one generation to the next during the centuries here in Umbria. 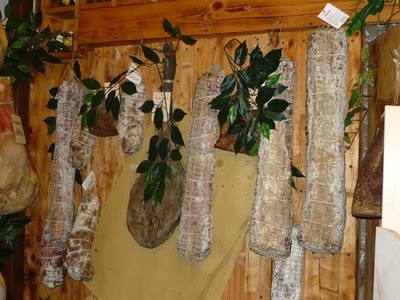 Are you ready for a delicious journey among the most famous Umbrian cold cuts?

BAFFO or GUANCIALE
The name refers to the jowls of the pig which are salted with the pigskin attached and then seasoned with garlic, salt and pepper. It can be eaten by itself or used as a seasoning in the kitchen. 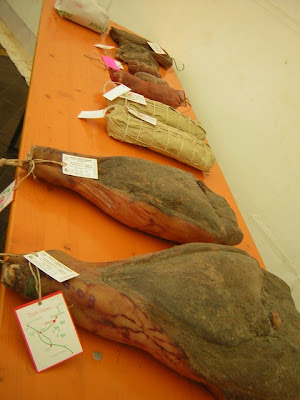 CAPOCOLLO
It is a cylinder-shaped salami wrapped on butcher’s paper and tied with a string. It is very tasty and it is characterized by the marbling of the meat. When cut it is reddish veined with fat. This product is typical for Easter and it is eaten with the traditional Easter Cheese Bread.

COPPA
This products has deep roots in the region and it was a way to use the parts of the pig usually removed. It is prepared by pig’s head skin.

LARDO or STRUTTO
One of the most important phases in processing the pig is the salvaging of the fat and its preservation. The soften fat is rendered, filtered and stored in bladders or glass or terra cotta containers kept in a cool place. This type of fat known as “strutto” in the past was used above all for frying.The compact layer of fat attached to the pigskin on the animal’s back, the “lardo” is cut in large square or rectangular chunks and salted.

LOMBETTO
It is the lower part of the pig’s loin and it is almost completely lean. It is prepared like the “capocollo” but it is smaller.

MAZZAFEGATE
Salty liver sausages. The names comes from “mezzo fegato” (=half liver) or “ammazza fegato” (=to kill the liver) since the intense flavour of the other ingredients like the orange peel, salt and pepper overwhelms that of the liver.

Baffo or guanciale, very good with pasta like the famous “Carbonara” 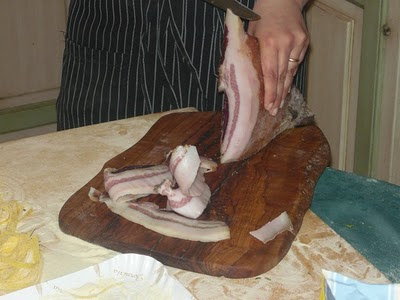 SALSICCE
In Umbria sausages are small, cylindrical and are tied into “links” which help preservation and make them also extremely practical to eat. When the pig is processed pig shoulder, ham and belly are ground and mixed together and seasoned with salt and pepper before being filled into the casing. “Salsicce” can be roasted or preserved in extra virgin olive oil or air dried for at least 20 days. “Salsicce secche” (=dried sausages) are a typical Umbrian snack for “merenda” (=afternoon snack) or used as tasty appetizers.

SFRICCIOLI
Also known in other parts of the region as “friccioli” or “ciccioli”, they are the small pieces that remain when the fat is rendered. They are used to make excellent flat breads or pizzas. 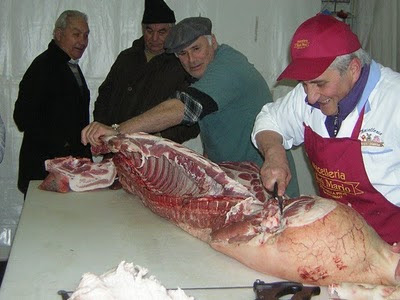 A special thank you to Francesca, Graziella and Lucia from Itinera – Il Palazzo del Gusto – Orvieto for the detailed and technical information on pork processing.

Posted in FOOD and WINE.