Today we learnt that 569 years ago, there was a small former republic here:
Cospaia, a small hamlet close to San Giustino, a town located in Northern Umbria. 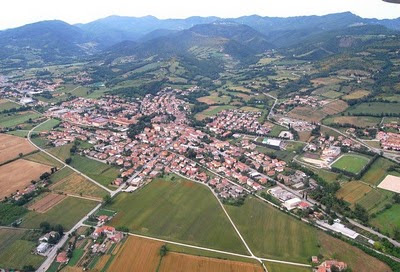 The interesting fact is that Cospaia was founded thanks to a mistake!

In 1441 by error a small strip of land in Northern Umbria went unmentioned in the sale treaty between Tuscany and the Papal State, and its inhabitants promptly declared themselves independent and founded a “modern republic”, developing the production and commercialization of tobacco, deserving the appellation of “state of the tobacco and…. smuggling”!

In 1826 Tuscany and the Papal States divided the republic between them. 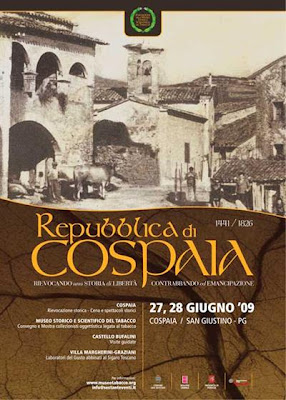 On the 4th and 5th September 2010 the local Municipality of San Giustino is celebrating Cospaia and its peculiar history together with a demonstration of the ancient craft of “tabaccaio” (=cigar-making).