Andar per campi does not simply mean “walking in the fields”, but living the experience of walking in the fields, breathing the fresh air, the smells and the aromas of Spring flowers and herbs, enjoying the noise..pardon, the sound, of your own steps on the new grass…and at the end…celebrating this more or less unexpected deep happiness with a ….pic-nic, of course! 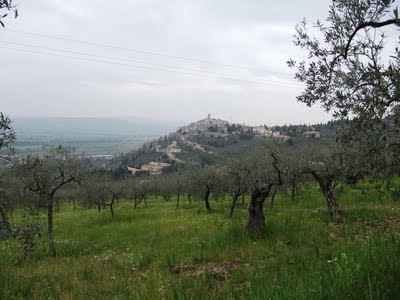 Thanks to Pic&Nic a Trevi a very nice event organized by the municipality of Trevi, beautiful hamlet close to Spoleto, famous in Umbria and in Italy for its top level EVO Oil, I had the opportunity to re-experience again not only the pleasures of andar per campi, but also learning more about Umbrian culinary traditions. 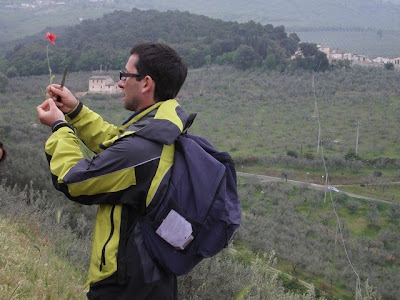 The excursion, guided by Andrea, very professional and very kind licensed hiking guide, had the following title: Andar per erbe spontanee, where the verb andare has the meaning I tried to explain before. Erbe spontanee are the wild herbs that grow in Umbria, herbs that our nonna widely used to prepare tasty salads and cheap side-dishes. 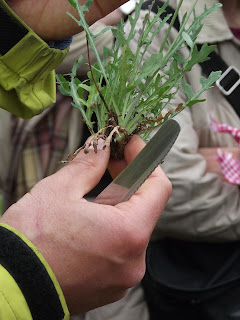 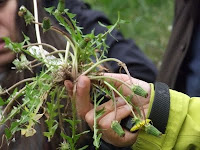 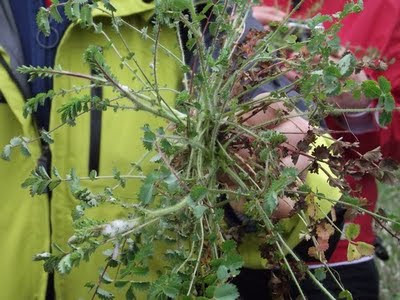 Crispigno (4. Sonchus asper) less tender, needed to be boiled in hot water for few minutes, while Finocchio Selvatico, wild fennel (5. Foeniculum vulgare) was used both in salads and also to give flavours to roast meat, infact it is still very common to find it in the Porchetta, the traditional roast pork. 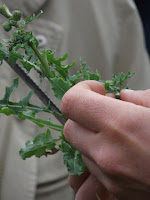 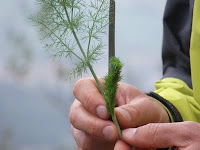 After the demo Andrea asked us to look for the herbs he had just shown us and to tell him their names…easy you’ll say. Not at all friends!! The herbs, except the fennel that has a very strong aroma, looked the same to us..we got totally wrong several times…not only mixing the names up, but even confusing the edible herbs, with some very un-edible ones…

This fact…being so clumpsy in an activity that has been done for centuries every day here in Umbria, made me think that we have really lost a knowledge, an ancient “know-how”, that deserves to be re-discovered and re-explained to young generations at school, yes, together with Italian grammar and maths!!

Of course, after a such long walk I had lost too many calories walking and picking herbs, so that.. it was time for the pic-nic under the olive trees! 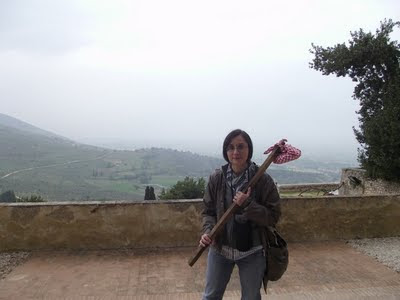 Me and my “sportina”, the typical traditional way to bring snacks and food to the fields in the past, given by the organizers of Pic&Nic in Trevi